As stipulated by our constitution, AFSAAP is led by an executive committee. Each executive member stands for re-election at the Annual General Meeting, usually held at the time of the annual conference. Anne Bartlett has worked on Sudan and East Africa for 20 years. Her work centers on conflict, forced displacement, cities and humanitarian crises. Arriving in Australia after a long trek from the UK via New York, Chicago and San Francisco, she is happy to be working with AFSAAP. She was previously President of the Sudan Studies Association in the United States. 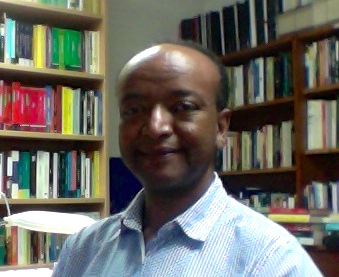 Mengistu Amberber is a linguist with over 20 years of experience teaching a wide range of undergraduate and postgraduate courses in linguistics at the University of New South Wales, Sydney. Dr Amberber’s main areas of research are morphology, syntax, and lexical semantics with particular reference to the Amharic language. He is a member of the Australian Linguistic Society and the Linguistic Society of America and is currently serving as Associate Editor of the Australasian Review of African Studies (ARAS). An Early Career Researcher with an interest in energy transitions in Africa. I am particularly interested in the implications of the continent’s turn towards off-grid solar as a solution to energy poverty. My PhD research explored issues of energy justice in Malawi’s off-grid solar market. Dr Souheir Edelbi is a Lecturer in the School of Law at Western Sydney University. Her research focuses on the role of race and coloniality in international criminal law. Her research interests include Third World Approaches to International Law, Postcolonial Studies and Critical Race Theory. She previously worked with human rights organisations in Brussels and Palestine. Prior to her work in international law, she worked as a litigation solicitor. 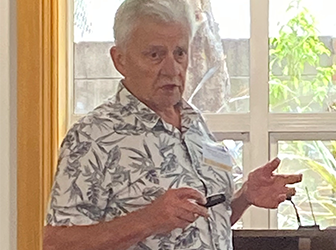 An active member of AfSAAP for more than twenty years, he travelled to Africa first in 1985 and has been engaged since in research and teaching about African issues, and in advocacy to business and public inquiries. Associate Professor Finex Ndhlovu is South African by heritage, Zimbabwean by birth and Australian by choice.  His research interests sit at the cutting edge of contemporary linguistic and socio-cultural theories around language, identity and sociality in relation to transnational African migrant and diaspora communities; educational linguistics; epistemologies of the South, Indigenous traditions of knowing and decolonial theories. Adjoa Assan is a graduate of the Bachelor of International Studies/Laws (Honours I) and Bachelor of Applied Leadership and Critical Thinking at Western Sydney University. She founded the first Africa-focused student society at Western Sydney University, the African-Australian Youth Collective. Adjoa’s research interests relate to Sub-Saharan Africa, with a personal interest in Ghana, and cover international criminal law, decolonial thinking and socio-cultural, legal and political issues in the region.

AFSAAP was founded in 1978 with the following specific goals that continue to the present:

Ratified at the Annual General Meeting held on 15 November 1979.

The title of the Association shall be the African Studies Association of Australasia and The Pacific (AFSAAP).

The purposes of the Association shall be: to promote research and teaching of African Studies in Australia and The Pacific; to facilitate contact among scholars and students in the field of African Studies through conferences, regional meetings and publications; to coordinate African Studies programs and the acquisition of African materials by Australian and Pacific libraries; to contribute towards an understanding of Africa in the community at large; to serve as the professional body representing Africanist interests to governments and the community; and to establish contact with African universities and scholars, other overseas scholars and African Studies associations, and to promote interchanges between them.

The officers of the Association shall be a President, a Vice-President, a Secretary, a Treasurer, a Journal Editor and a Postgraduate Representative. Those elected will preferably reside in Australasia and the Pacific.

A bank account in the name of the Association shall be established, all cheques, including  Electronic Funds Transfers, drawn by the Association are to be approved by two Executive Officers, the Treasurer and President  or  the Treasurer and one other Executive Officer.  Once approval is documented, Cheques and Electronic Funds Transfers can be signed singly by either,

In the event of the organisation being dissolved, the amount that remains after such dissolution and the satisfaction of all debts and liabilities shall be transferred to another organisation with similar purposes which is not carried on for the profit or gain of its individual members.

This constitution may be amended by a majority vote of those members present and voting at the General Meeting or by a majority of all members in a postal or online ballot, 21 days notice of the proposed amendment having been sent to all members.